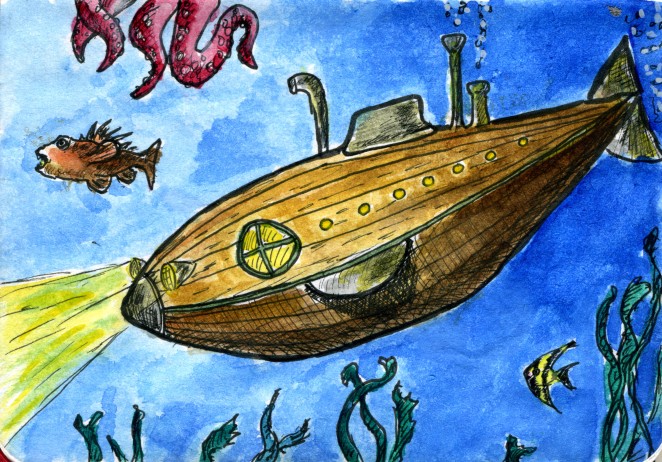 This was actually kind of done just looking at a few reference photos & some steampunk-style submarine paintings (one in particular heavily influenced this), but it’s sort of my own design, which I never do. So yay.

It was a pretty experimental process since I so rarely paint. I started off with a pencil sketch, detailed it with a Micron pen, & then added some watercolor to it (& was scared the whole time I was going to ruin it). But Charlie, I had so much fun with this, I think I’m going to try & start doing more ink & watercolor stuff! It was time consuming, but I had a lot of fun trying to figure out how to add shadows, how to properly depict light underwater, etc. It’s a very basic attempt, but encouraging enough for me to want to keep trying.