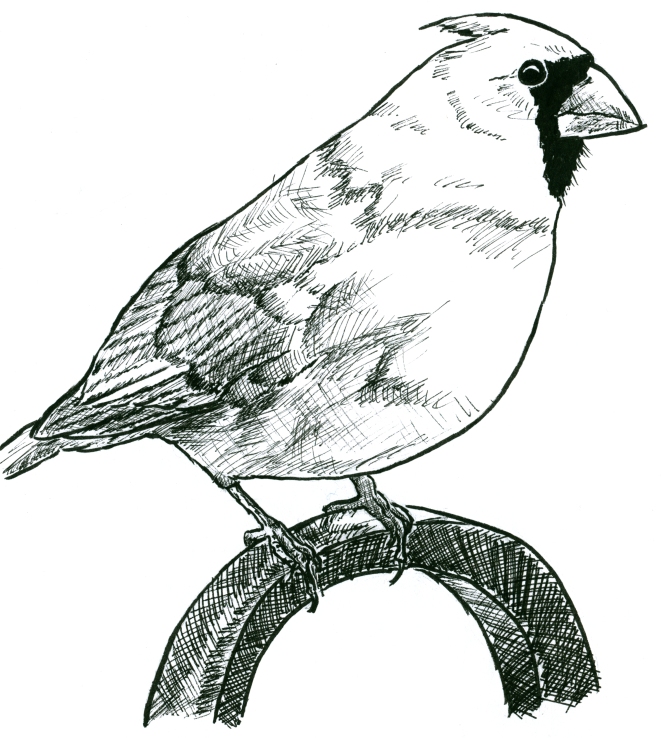 Just in time for Draw a Bird Day, here is my own contribution – a cardinal in ink.  Also, my 100th post!  Another milestone after just having reached my 1 year blog anniversary.

I’m going to put up a better image tomorrow when I have access to a scanner [Note: image now updated!], but I wanted to post this in time.  While looking for a bird to draw today, I asked my mother what her favorite bird was.  She said it was a cardinal, so that was the bird I chose to draw!  I’ve been a little intimidated drawing birds because of all the feathers, but I think this one turned out pretty well.

One of the things I’m not crazy about is the twisted metal it’s perched on.  And the bird itself looks kind of flat, so maybe my shading needs some work.  But, eh!  I was trying to go for a more simple drawing this time, and this one was pretty quickly done, so I’m fine with it.  I think I might like the black around his beak the most.

I might try adding some color to this, but it’s just on regular drawing paper (not very thick), so I don’t think I can add watercolor…